The Hippocampus and the Neural Basis of Context-Dependent Memory, by David Smith

Summary The Hippocampus and the Neural Basis of Context-Dependent Memory
The environmental context is known to plays a profound role in memory. The context is a potent retrieval cue that primes the memories that belong to that context. This is highly adaptive because it prevents interference from memories that belong to other contexts and provides a mechanism for flexible, situationally appropriate behavior. In this talk, I will discuss our work using a rodent olfactory memory model, which shows that hippocampal firing patterns encode the context and allow subjects to retrieve the correct memories while minimizing interference. This provides a neurophysiological account of context-dependent memory. 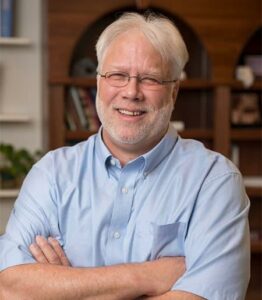 David SMITH completed his PhD studies at the University of Illinois, Champaign-Urbana, IL in 2001 with Michael Gabriel, where he examined the neural circuits involved in instrumental discrimination learning. He was a postdoctoral researcher with Sheri Mizumori at the University of Washington, Seattle WA from 2001-2006. His work examined the role of the hippocampus in encoding contextual information. He has been a faculty member at Cornell Uniiversity in Ithaca, NY since 2006 where he is currently a professor of Psychology and Neuroscience. His research program is centered on the neurophysiological bases of memory, using a variety of spatial and olfactory memory tasks in rodents. His laboratory has several main areas of interest, including contextual memory, brain mechanisms for coping with interference and the roles of the hippocampus, prefrontal cortex and retrosplenial cortex in memory and navigation. more information
Team’s web site