Addiction to cocaine: How you take the drug is more decisive than how much, by Anne-Noël Samaha

Summary Addiction to cocaine: How you take the drug is more decisive than how much
A widely used preclinical procedure to study features of cocaine addiction involves allowing laboratory animals to take drug continuously, for hours each day. However, data in human cocaine users suggest that cocaine use may typically be intermittent, rather than continuous. Here I will present surprising findings concerning the effects of intermittent versus continuous cocaine intake in rats. As it turns out, less is more, and intermittent cocaine use is especially effective in producing addiction-relevant patterns of cocaine seeking and taking. 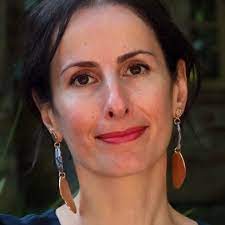 Dr Anne-Noël Samaha spent her early childhood in Dubai and Beirut. At the age of 7, she took her sister and parents and moved to Montreal, Canada. After obtaining a bachelor’s degree in Psychology at Concordia University in Montreal, Dr Samaha moved to the American Midwest, to complete her PhD in biopsychology at the University of Michigan with Dr. Terry Robinson, one of the world’s most influential scientists in drug addiction. Her thesis was recognized by an award from the New York Academy of Sciences, recognizing the top thesis in Psychology across the United States. Following a short postdoctoral stint in Paris with Dr Pierre Sokoloff, she pursued post-doctoral training with Dr. Shitij Kapur at the Centre for Addiction and Mental Health in Toronto, Canada, in the fields of schizophrenia and antipsychotic medication.
Dr Samaha is now full professor of pharmacology and physiology at the Université de Montréal.
With her students, she is pursuing three main lines of inquiry. A first line of investigation concerns the refinement of preclinical models of cocaine addiction. This work examines how the temporal pattern of drug use, including how fast and how often drugs are taken, influences the development of addiction. A second line of work concerns the role of the amygdala and amygdala-dependent circuits in shaping the response to cues in the environment that signal rewards. Finally, in a third, very new line of research, her laboratory is investigating how different types of drug-associated cues in the environment contribute to relapse to drug use after abstinence. Her research is funded by the Canada Foundation for Innovation, the Canadian Institutes of Health Research, the Fonds de recherche du Quebec-Sante, and the National Sciences and Engineering Research Council of Canada. For her research work, she has received awards from the American Society for Neuroscience, the American College of Neuropsychopharmacology and the Canadian Society of Pharmacology and Therapeutics.