Neural mechanisms for memory and emotional processing during sleep, by Gabrielle Girardeau

Summary Neural mechanisms for memory and emotional processing during sleep
The hippocampus and the amygdala are two structures required for emotional memory. While the hippocampus encodes the contextual part of the memory, the amygdala processes its emotional valence. During Non-REM sleep, the hippocampus displays high frequency oscillations called “ripples”. Our early work shows that the suppression of ripples during sleep impairs performance on a spatial task, underlying their crucial role in memory consolidation. We more recently showed that the joint amygdala-hippocampus activity linked to aversive learning is reinstated during the following Non-REM sleep epochs, specifically during ripples. This mechanism potentially sustains the consolidation of aversive associative memories during Non REM sleep. On the other hand, REM sleep is associated with regular 8 Hz theta oscillations, and is believed to play a role in the regulation of emotional reactions and the consolidation of emotional memories (emotional processing). Unraveling the fine neuronal dynamics related to REM sleep, Non-REM sleep and the transitions between states in the hippocampus-amygdala network will further our understanding of the implication of these sleep stages and related brain patterns in emotional processing. 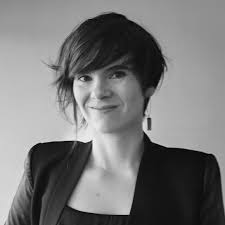 Sleep and Emotional Memory” at the Fer-à-Moulin Institute in Paris (France). She received her PhD from the College de France/University Pierre et Marie Curie in Paris, where she contributed to unravel a key mechanism of hippocampus-dependent memory consolidation during slow-wave sleep. She conducted her post-doctoral work in Dr. Buzsaki’s lab at the NYU Langone Medical Center in New York (USA), where she studied hippocampus-amygdala coordination in the context of aversive memory consolidation. In 2018 she was recruited as a tenured researcher at Inserm (National Institute for Health and medical research), and in 2019 she started her group in Paris at the Fer à Moulin Institute, where she uses large scale electrophysiological recordings and optogenetics in freely-behaving rodents to understand the neurophysiological processes involved in normal and pathological emotional processing during sleep.