Pea plants on the move: glimpses on perception and action in plants, by Silvia Guerra

Pea plants on the move: glimpses on perception and action in plants

Summary
At first glance, plants seem relatively immobile, stuck to the ground in rigid structures and, unlike animals, unable to escape stressful environments. But, although markedly different from those of animals, movement pervades all aspects of plant behavior. In my talk I will address the main question of whether such movements are “goal-directed”. Are plants able to plan the course of an action ahead of time and program the tendrils’ choreography according to the features of a “to-be-grasped” object? To this end I shall present a series of studies on climbing plants’ searching and attachment behaviours. These studies have demonstrated the unique ability of plants to process different intrinsic features of a support (e.g., thickness) and to modulate their approaching and grasping behaviour accordingly. They suggest not only that they are able to perceive a potential support, but also to scale the kinematics according to its size well ahead they touch the stimulus. I contend that plants plan the movement purposefully and in ways that are flexible and anticipatory. 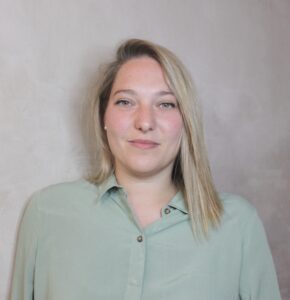 Silvia Guerra is a post-doctoral fellow within the Department of General Psychology (DPG) at the University of Padua. She was educated at the School of Psychology at the University of Padua where she obtained her bachelor and master’s degree in clinical psychology in 2013 and 2015, respectively. In 2014 Silvia Guerra joined the Neuroscience of Movement Laboratory (NeMo) at the University of Padua under the supervision of Prof. Umberto Castiello where she investigated the neural underpinnings of action observation in humans using a variety of techniques such as single-pulse transcranial magnetic stimulation (spTMS) combined with motor evoked potential (MEP) recording, eye-tracking and the three-dimensional (3D) kinematical analysis of movement. Since 2017, she has been awarded a research fellowship at NeMo on the kinematical characterization of plants’ movements. In 2022 she has been awarded a Ph.D. in Psychological Sciences at the University of Padua with a dissertation entitled “Plants on the move: glimpses on cognitive abilities of plants” under the supervision of Prof. Umberto Castiello. Her main research interest is related to the comprehension of the mechanisms underlying the motor control of plants. And to provide new insights regarding the evolution of the link between perception and action.
Web Site